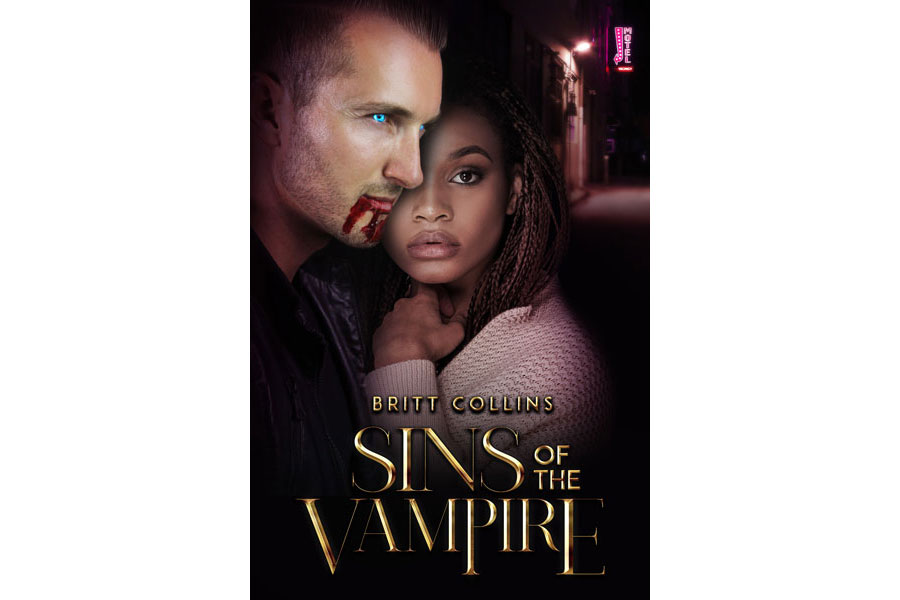 That's how long Cross has been back. It's been one entire month and still he's living in a rat-infested, abandoned motel. The shrillness of a woman screaming in the night fills him with a gut-wrenching pain.

Pandora is all alone. Though she's not unfamiliar with the creatures of the night, she's terrified. She's being hunted by humans and demons who want to use her for their own ends.

Her only chance at survival is a former angel, long tossed out of Heaven and now a pure blood vampire... 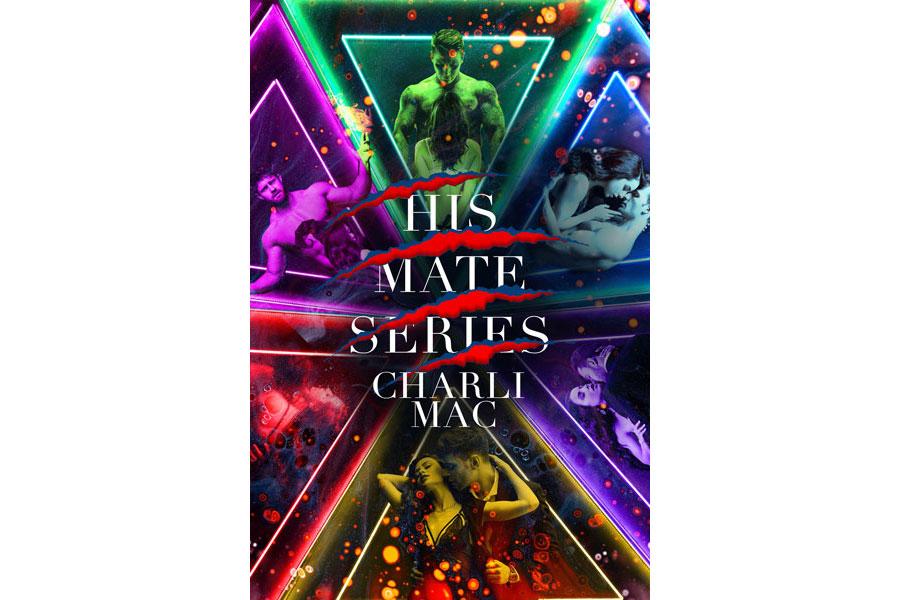 Now available as a bundle! The His Mate series is a set of fated-to-be-mated PNR novellas featuring shifters, werewolves and demons (Oh my!). We even throw in a witch for good measure. In a world where things go bump (and grind) in the night, our heroes are smart, seductive, and sexy as hell. They’re on the hunt for some badass, beautiful and even book-reading heroines. This complete bundle contains all six novellas of the His Mate Paranormal Romance series.

His Curious Mate
Anna is sensible, staid, and single—and sick of it. She wants excitement; she wants to be tied down and spanked! How’s shifter Callum supposed to say no to that, especially when the woman is his mate?

His Cautious Mate
Getting tied up by his mate isn’t the most conventional start to a relationship, but Gregor has no intentions of going anywhere, not when he’s got shy but sensual Bea playing nurse maid.

His Capricious Mate
Coffin? Seethe master Tobias has a kink dungeon, thank you very much, and he’s delighted to give ex-cop-now-artist Cat her own, very personal tour.

His Calamitous Mate
Daisy is a witch with a problem—Abigor, warrior demon, the Grand Duke of Hell. He’s just attached himself to her as her personal bodyguard, key word: personal.

His Classy Mate
Evangeline is a vampire and lady. That won’t stop her from doing what needs to be done to protect human Michael from the malicious intentions of fellow vampire Julian.

His Contrary Mate
Janna is meant to take a wolf for a mate, not a hapless vampire. Kevin doesn’t much care for what should happen, and if he has to take on an entire shifter pack to keep her, he will. 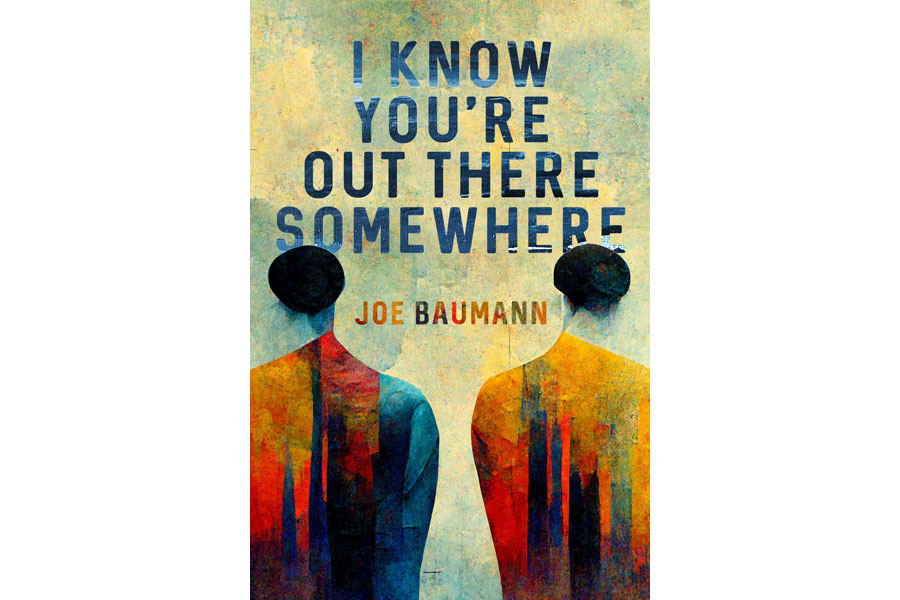 I Know You're Out There Somewhere

Kyle Filburn appears to have a picture-perfect life. He's entering his senior year, in a relationship with a great girl, on his high school's three-times-straight state championship soccer team, and an art professor from the local university has invited him to show and sell his work in his gallery.

But a chance meeting with a midfielder from a rival high school creates cracks in this picture-perfect life. Kyle develops feelings for this boy, throwing him into confusion. What does he want? And with whom? And when an anonymous patron starts buying his art, Kyle starts to wonder whether he should really be pursuing art school rather than athletics.

It becomes crystal clear that this picture-perfect life no longer reflects who Kyle is or who he wants to be...but what does that mean for Kyle?

I Know You're Out There Somewhere is published by Deep Hearts YA, the young adult imprint of Deep Desires Press. For more information on Deep Hearts YA, please click here to visit the website. 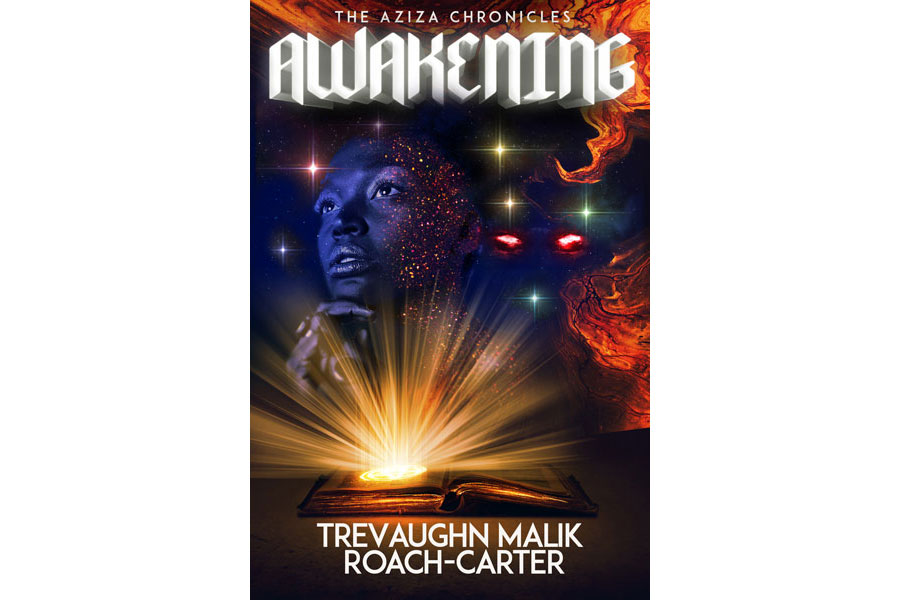 Discovering her descent from mythological African warriors called the Aziza was just the beginning of Justice Montgomery’s troubles. For not only has she been chosen to be their champion against supernatural evils—a demon is on the loose seeking to manipulate her into misusing her newfound powers.

Determined to do what’s right and live up to her heritage, Justice trains and forms a band of allies, both human and supernatural. Yet the demon is determined to lead her astray, in the hope that her power might be used to enact an ancient prophecy.

Should she succeed, Justice might become one of the most legendary Aziza to ever live. But should she fail, she might resurrect a goddess of Hell, and doom the world.

The Aziza Chronicles: Awakening is published by Deep Hearts YA, the young adult imprint of Deep Desires Press. For more information on Deep Hearts YA, please click here to visit the website. 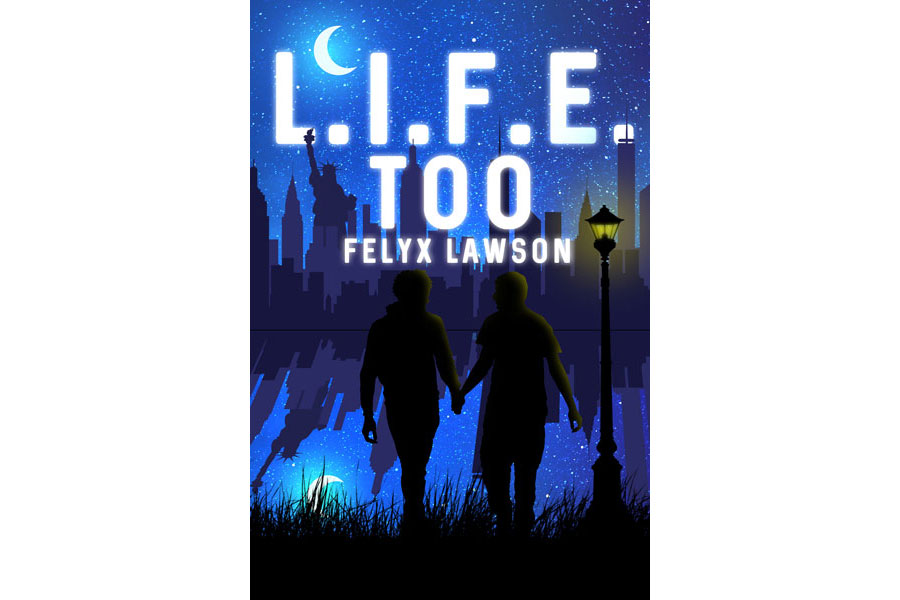 While Rider might be out, his relationship with Cameron Walker is not. Cam loves their time together. What he feels for Rider is something he’s never felt before, but despite being head over heels for each other, both struggle to say how they truly feel.

Maybe the class trip to New York City will be the push they need to grow even closer? Or maybe not. Turns out Rider and Cam have to share their room with Octavius Spencer and Michael Myers—two of Rider’s biggest enemies. Relationships are difficult in high school, and even more so when they’re half in the closet.

Can Rider and Cam survive their senior year?

There’s still plenty of the school year left, but Rider knows L.I.F.E. is just getting started.

L.I.F.E. Too is published by Deep Hearts YA, the young adult imprint of Deep Desires Press. For more information on Deep Hearts YA, please click here to visit the website. 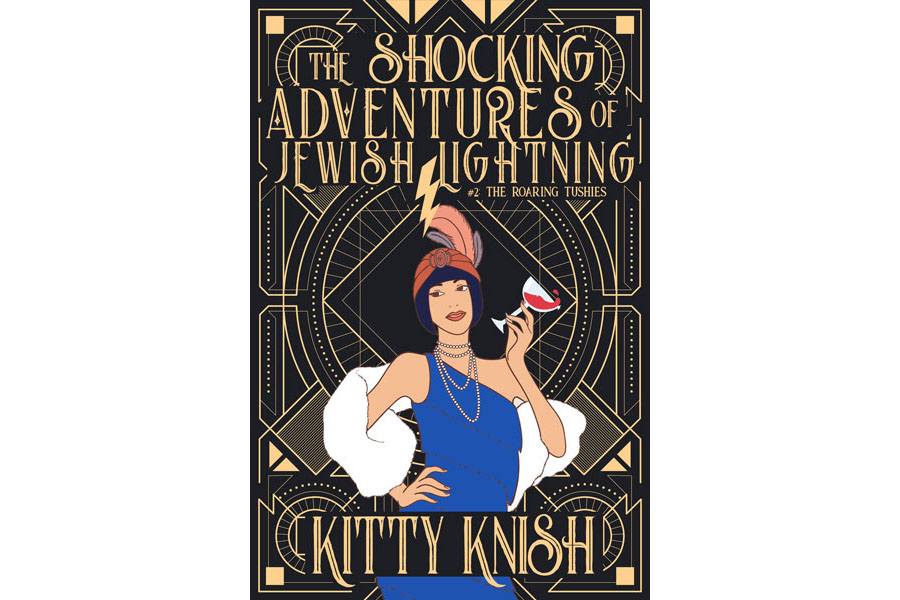 The Shocking Adventures of Jewish Lightning

It's 1928 in Chicago, the peak of prohibition. Jewish Lightning and The Knish Kid investigate an illegal speakeasy operated by an old foe. The only way for our heroes to take down this alcohol-fueled operation is to win in a villainous tournament against an array of enemies old and new. From the hot-headed Mazel Tov Cocktail to the eccentric Dr. Pisher, the action is non-stop!

The fights are hot! The drinks are cold, and pack a real punch too! The fight for freedom, justice, and sisterhood continues in The Shocking Adventures of Jewish Lightning #2 The Roaring Tushies!

The Shocking Adventures of Jewish Lightning #1 The San Francisco Snatch 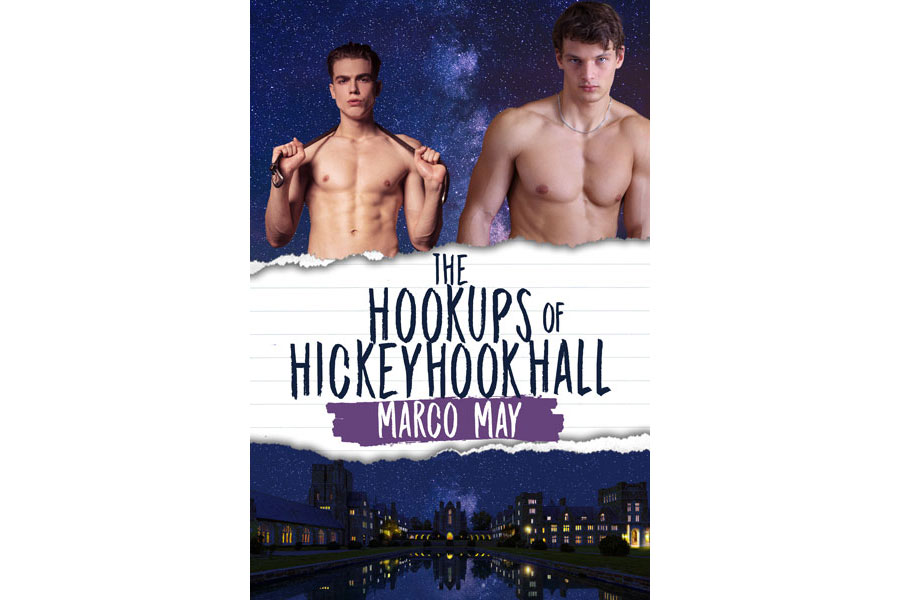 Jenner is gay and has a crush on Michael. Unbeknownst to him, Michael is bi and has a crush on him in return. But there’s one huge obstacle in the way of professing his love. Their parents just got married to each other. Now, they're officially stepbrothers.

Both young men are determined to move on and leave their feelings behind, and what better way to do that than to dive into the challenges of starting a new life at Hickeyhook College? Their new lives are full of quirky roommates and stupid rules…and the discovery of an underground sex club with both students and staff that offers students the opportunity to cheat their way through to graduation without all the stresses of normal college life. With both young men in the club, it brings Jenner and Michael dangerously close, making it impossible to ignore the feelings they both swore to leave behind.

As sticky as their new situation is, it’s about to get stickier. The powerful Dean Wicket sees the emerging relationship between Jenner and Michael and he’s determined to get in the way…because he wants Michael to himself.

When the truth of Jenner and Michael comes out and the world is against them, these two men must fight with all they have to hold onto true love.

More books by Marco May 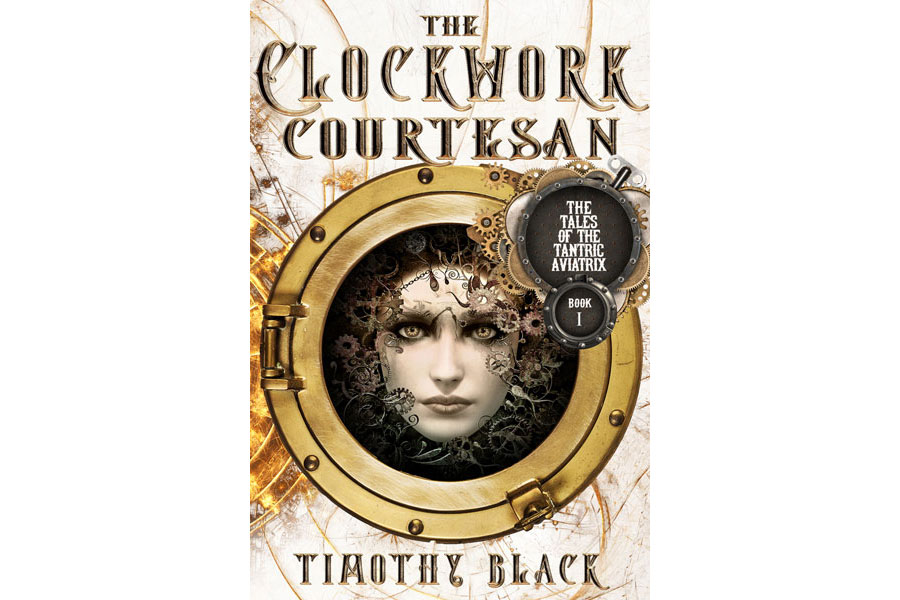 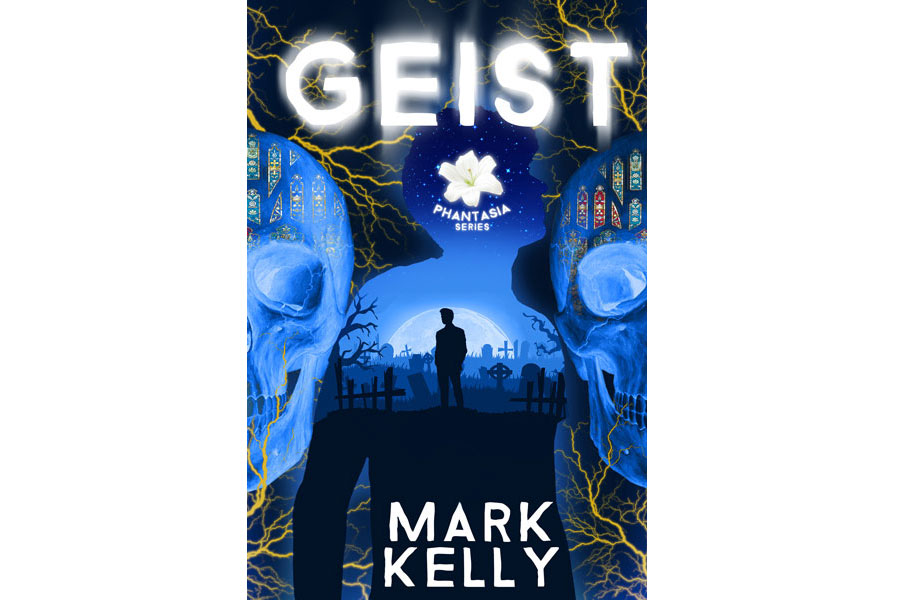 The Geist exist to ferry ghosts away from dead bodies and into the gates of the afterlife. At least, that’s what Ash Murphy was told after he died in a fiery car crash and became one.

Ash is forced to leave his old life behind and join the ranks of the mostly invisible, seemingly immortal Geist. And they all seem pretty perky for people who deal with death on a daily basis.

After years of rejection and isolation, Ash finally has a group of friends he's willing to fight for. Of course, not everyone believes that Geist are doing God's work. Ash discovers this when he attracts the ire of The Brotherhood of Eternity, who believe Geist are actually murdering those they reap. And they will stop at nothing to exorcize every Geist on Earth.

Ash will do whatever it takes to defend his new family and take down the Brotherhood…or he'll die (again) trying. 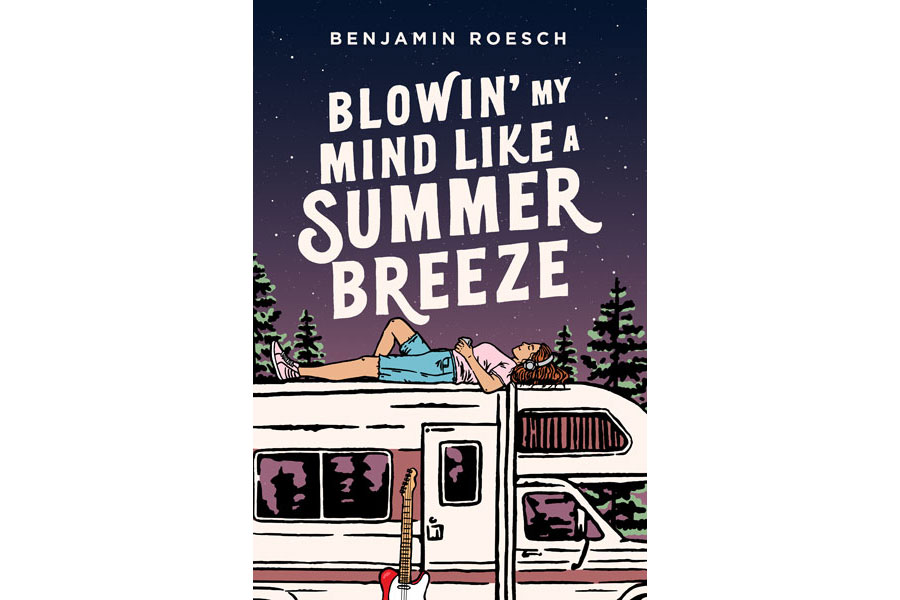 Fifteen-year-old Rainey Cobb never thought meeting someone could actually change her life. But, then again, she’s never met anyone like Juliet.

If Rainey quits the band, her parents’ fading career might never recover. But if she doesn’t leap now, she might be stuck forever in a life she didn’t choose…and always wonder who she could have been. 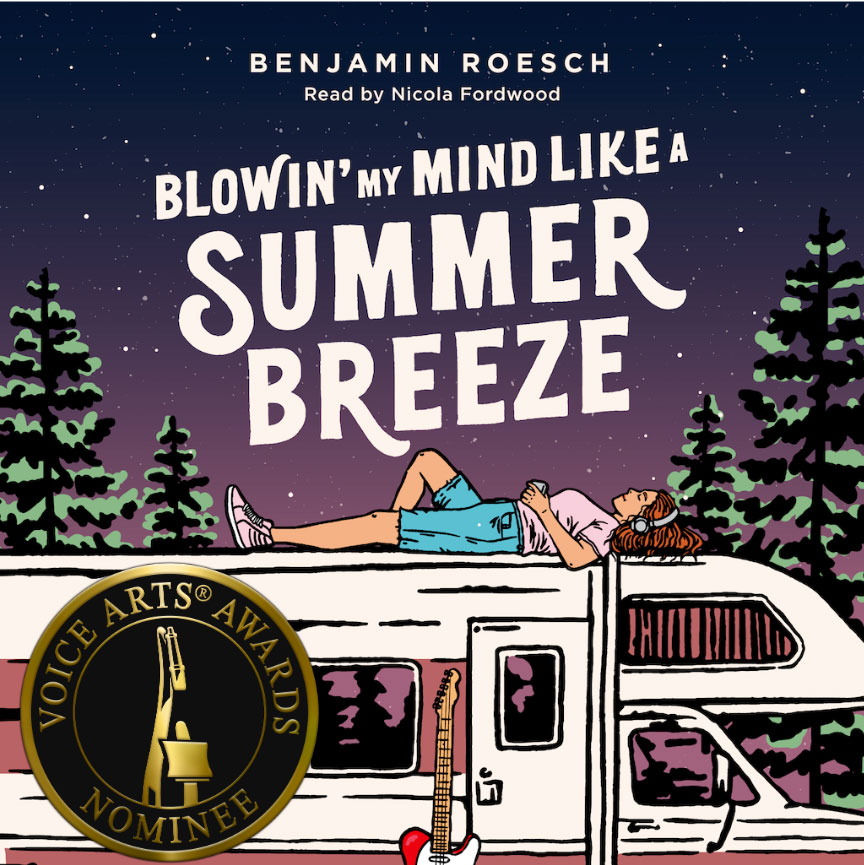 Also available as an audiobook, narrated by Nicola Fordwood! The audiobook is currently nominated for a VoiceOver award from SOVAS!

<strong>This book has a Spotify playlist!
</strong>Listen to the mixtape that Juliet makes for Rainey!
<a href="https://open.spotify.com/playlist/7weWMyYQiC6ZfSZ15RFXUB?si=019e6463640b43af" target="_blank" rel="noopener">Click here to visit Spotify</a>

Blowin' My Mind Like a Summer Breeze is published by Deep Hearts YA, the young adult imprint of Deep Desires Press. For more information on Deep Hearts YA, please click here to visit the website.