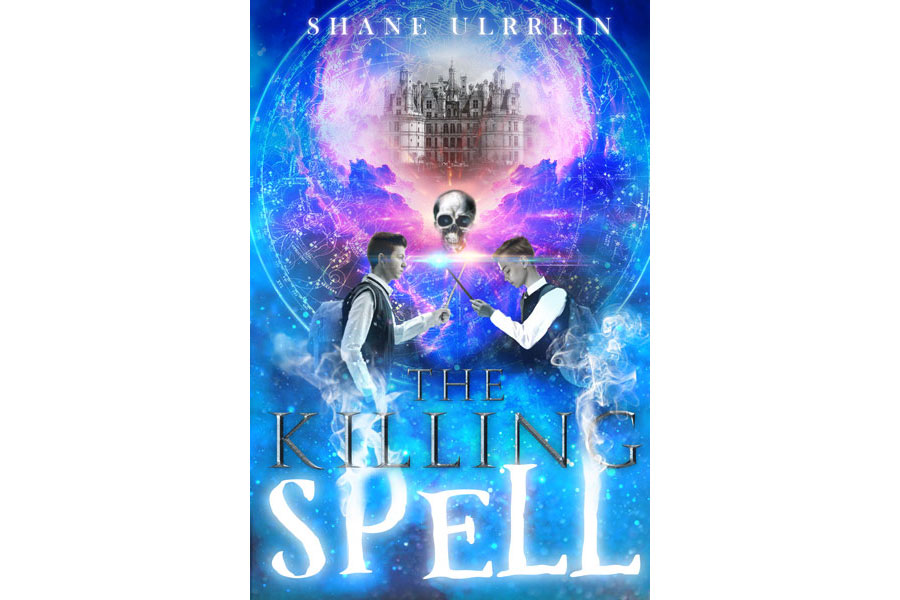 An unforgettable tale of a 14-year-old wizard who risks being with the boy he loves at the cost of his own life that takes a magical boarding school and a young adult gay romance to the next level!

Edward Peach is a fourteen-year-old wizard who receives a letter that he has been accepted into the prestigious Prymoutekhny Wizards Academy for Boys, in the faraway land of Aradia. His parents are overjoyed, but he feels reluctant to leave his family, friends, and his comfy cottage in the English coastal village of Manley.

As term begins, Edward adjusts to life in his new school, dealing with bullies, strict teachers, and challenging wizardry classes. He is almost ready to give up when he falls in love with a charismatic, privileged boy—and talented wizard—named Mr. Andreas. Prymoutekhny is a school that has still not opened up to same-sex attraction, so he must keep his feelings secret.

Soon, Edward and the impressive boy realize their deep attraction for each other. This causes immediate controversy in the school, as they are the first two boys from feuding houses to come together—especially in a school where house rivalry can end in murder.

He is then put to the ultimate test as he must risk being with the boy he loves even at the cost of his own life! 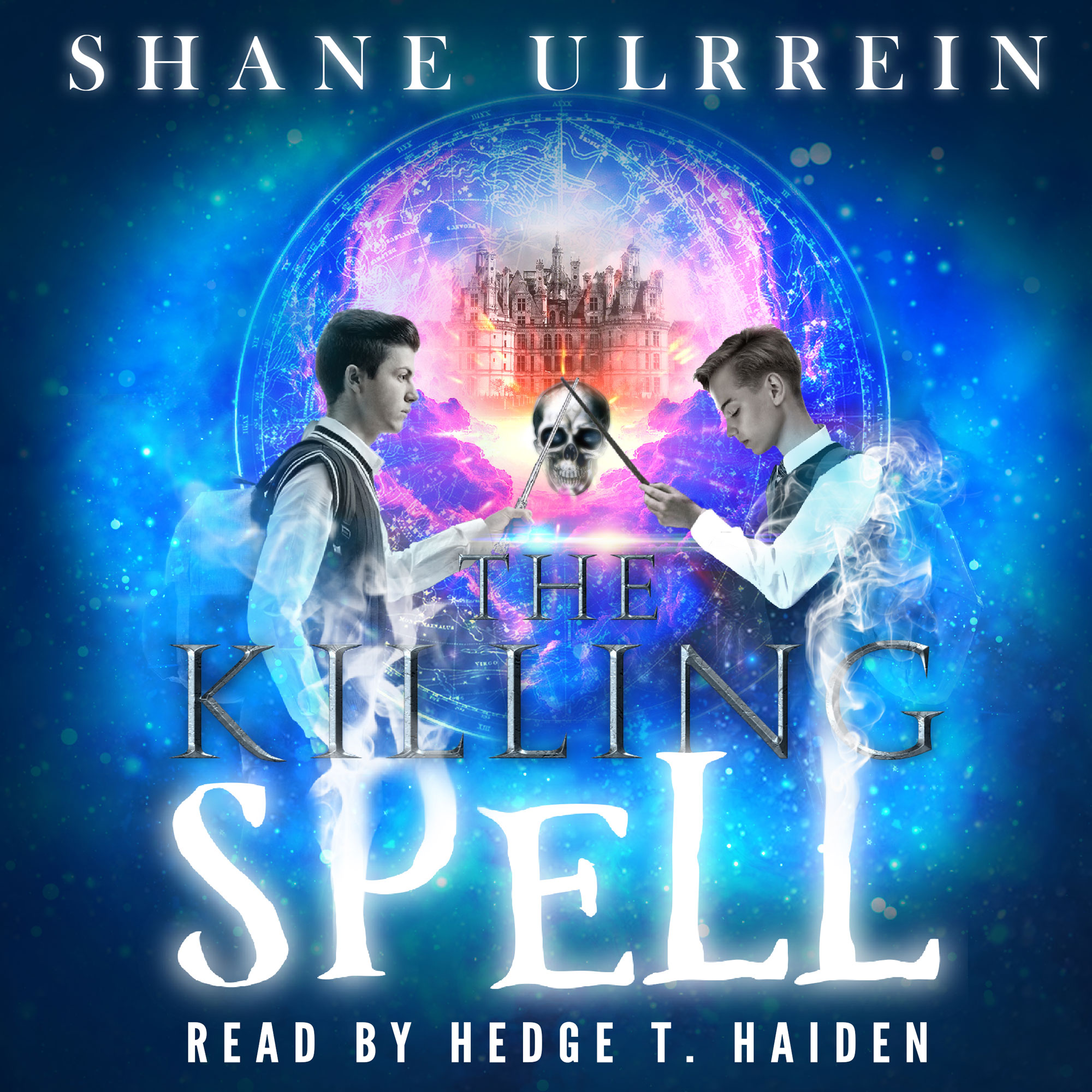 The Killing Spell is published by Deep Hearts YA, the young adult imprint of Deep Desires Press. For more information on Deep Hearts YA, please click here to visit the website. 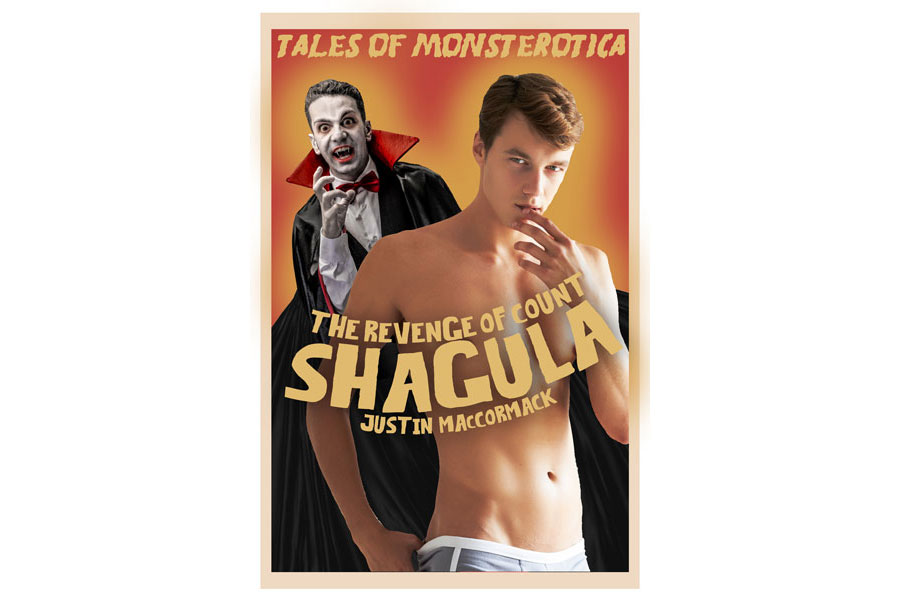 Jonathan Woodcock has finally returned home – but he is not yet safe as the world’s naughtiest vampire, Count Shagula, pursues him relentlessly, eager for just another nibble. Will Woodcock be able to come out on top once again, or will Shagula have his wicked way with our beloved hero?

After months of travel, fighting evil groping ghouls and feisty Frankensteins, Jonathan Woodcock has finally returned home! Having escaped from the distant castle of Count Shagula and the vampire’s very naughty sex dungeon, Jonathan is happy to get back to his cozy hamlet in England and perhaps, finally, have a decent cup of tea.

But all is not well back home, and it’s not just brexit that’s causing trouble! Some sinister figure is skulking around the countryside, bothering young men and nibbling on their naughty bits! And this time it isn’t your humble writer – honest! No, it seems that the cock-hungry Count has followed our brave hero home like an eager puppy.

Will our submissive Jonathan finally put his foot down and drive his wooden shaft up the Count’s dark places once and for all?

The Revenge of Count Shagula is a 15,000-word novella.

"Things that go hump in the night" - James Wallis

“Welcome to the crazy, sexy, cool universe of Justin MacCormack. He has taken on some of the great classic horror stories and given them a twist and a turn. His versions are making me laugh, and I find them witty and very entertaining.” – Miss Betty 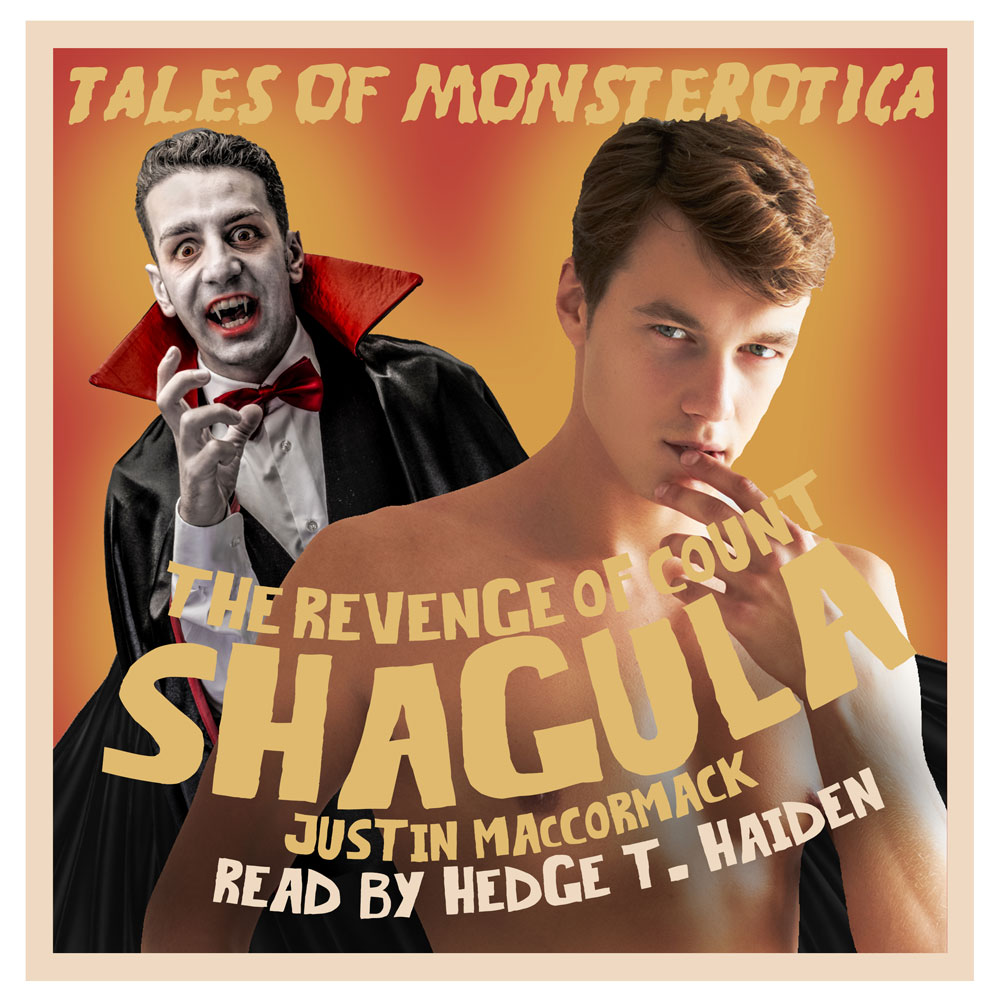 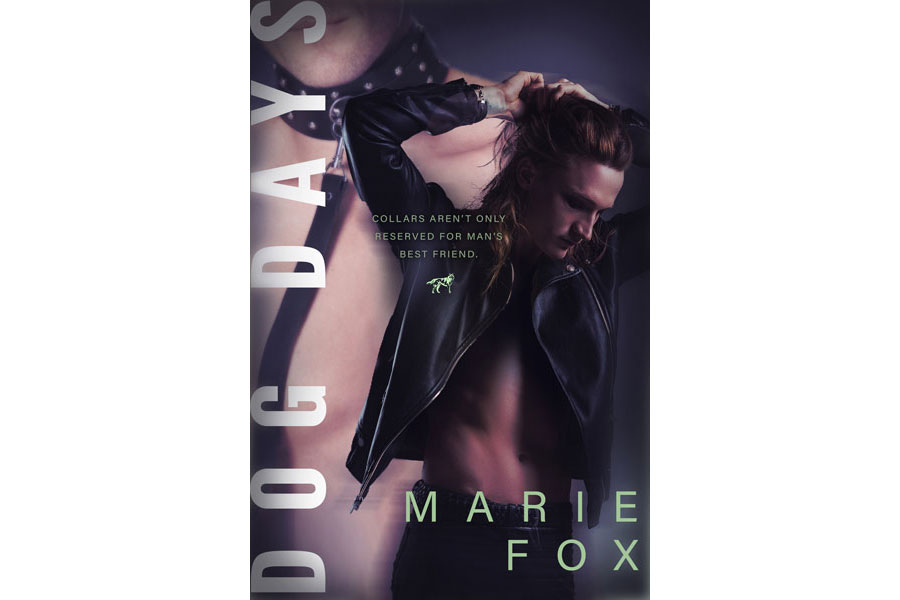 Love hurts, and James Harper has the scars to prove it.

Six years after the disastrous end of the relationship that almost got him killed, James Harper is happy. He has healed most of his physical and mental scars, has amazing friends, his writing is finally getting noticed, and he loves his job at the dog kennel. And the best thing of all? He’s managed to keep his heart locked away, safe from anyone who could possibly hurt him again.

But then Aiden Cross enters his life. Tall, blond, gorgeous, and with a great pup named Clover, James can’t help but dream about putting a collar around Aiden’s pretty neck. But Aiden unleashes more than just dreams and the nightmares keeping James awake remind him exactly why he vowed to never submit to love again.

Unable to escape Aiden and his own desires, James has to decide whether a second chance at happiness might be worth the risk. And the pain. 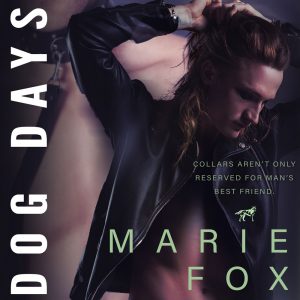 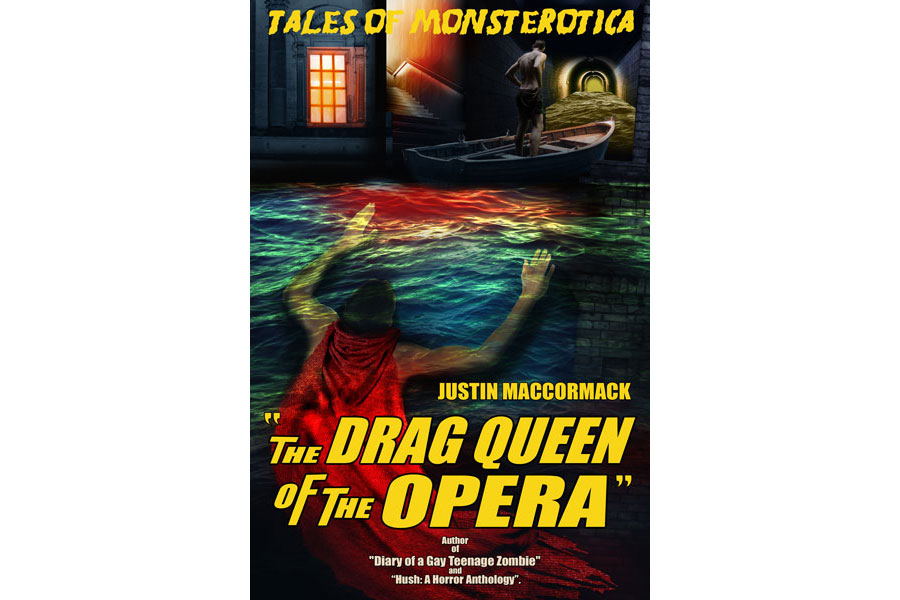 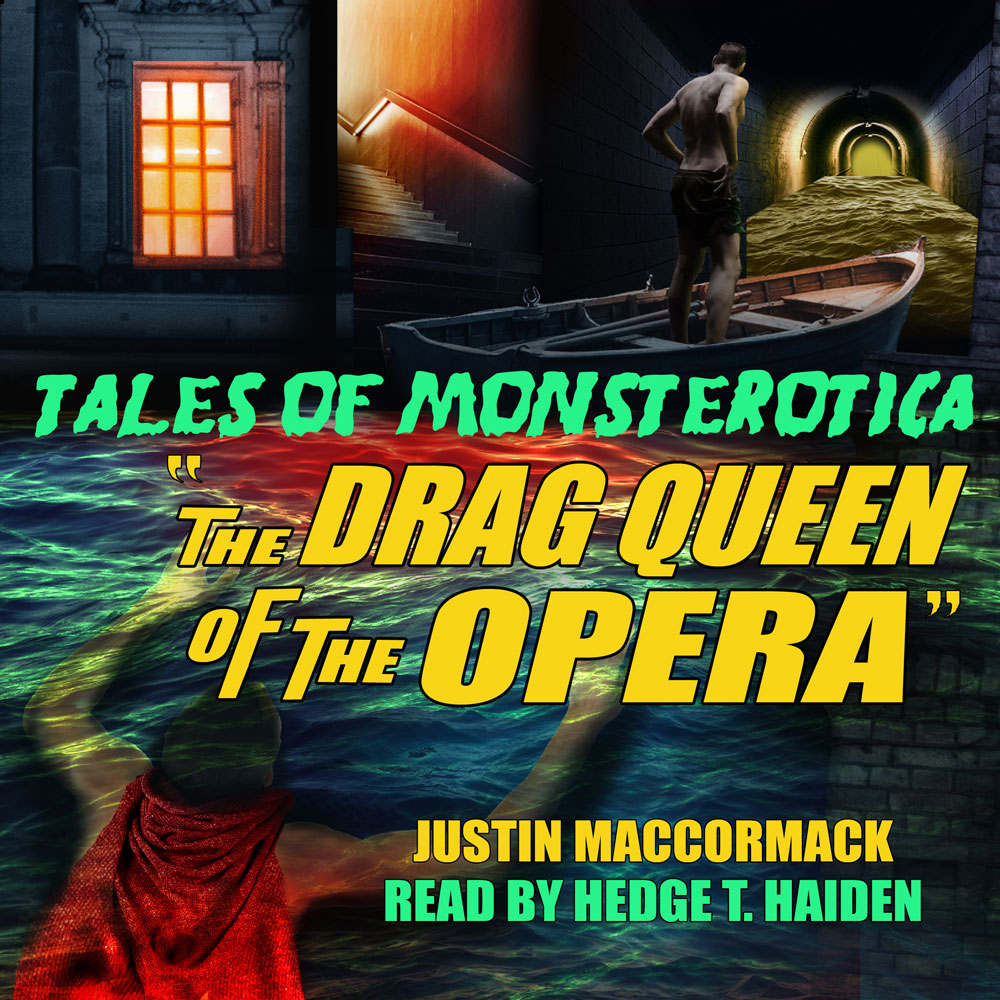 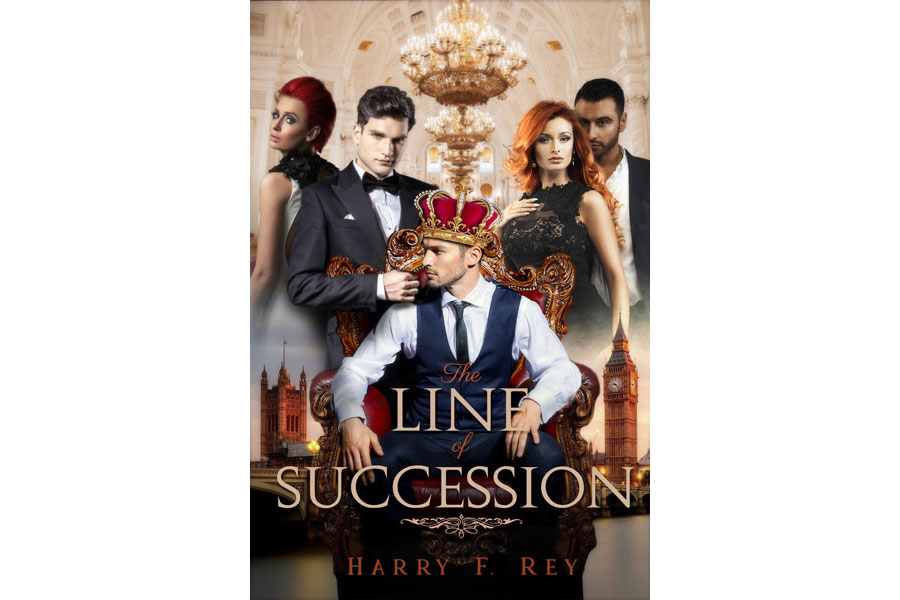 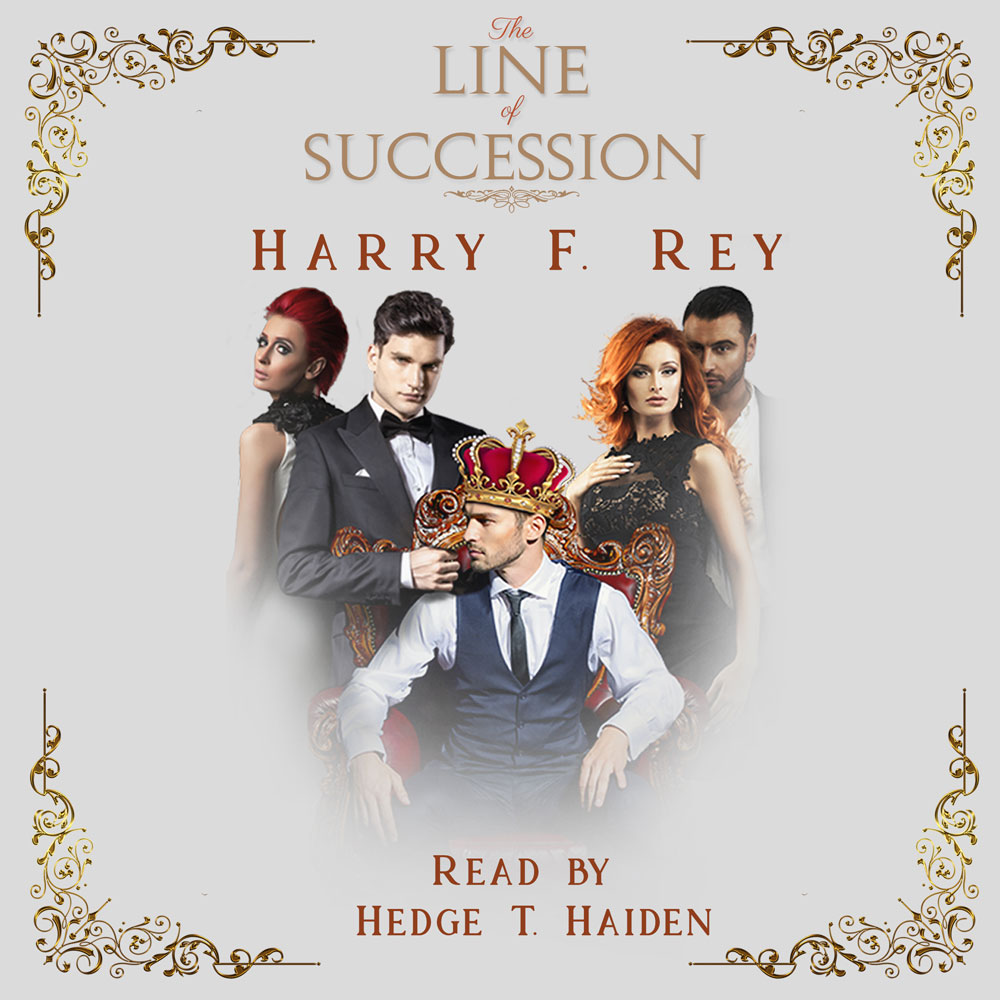 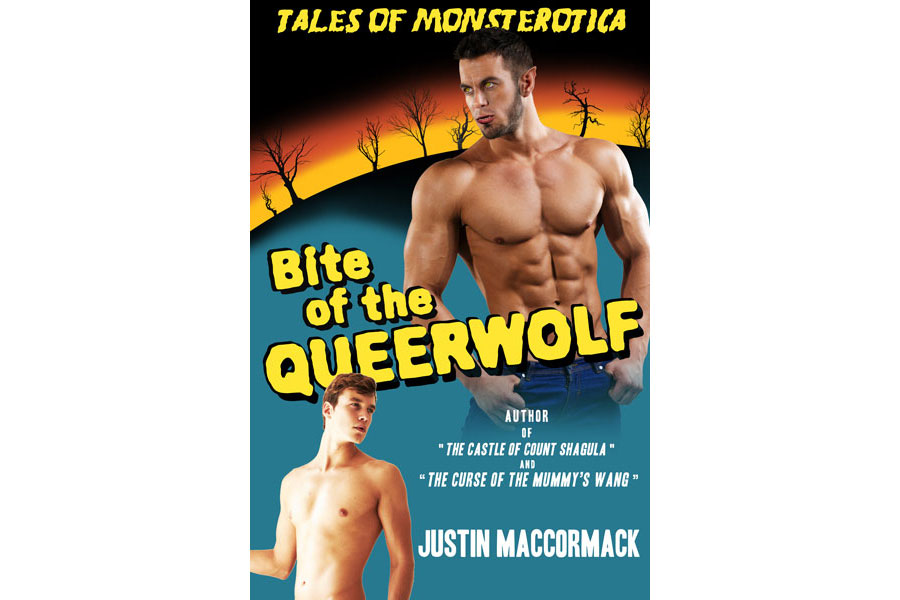 Beneath the moonlit night, ravenous werewolves lurk, ready to make Jonathan Woodcock play fetch! Will Jonathan be able to stand up to the big, leather-clad alpha, or will he succumb to the BITE OF THE QUEERWOLF?

He’s shagged vampires and other monsters in his sexual escapades across the darkest parts of Europe and beyond, but now it’s time for young Jonathan Woodcock to really take a walk on the wild side! Beneath the moonlit night, ravenous werewolves lurk in the forest surrounding Budapest, ready to make our reluctant hero play fetch!

Fur and fangs (and leather collars) will fly in Jonathan Woodcock’s kinkiest adventure to date! Will our young hero be able to stand up to the big daddy of all werewolves, who wants to do nothing more than make Jonathan strip and submit? Coming this far after his previous adventures, will Jonathan succumb to the BITE OF THE QUEERWOLF? (No, he’s our hero! But he’ll definitely leave with a few teeth-marks!) 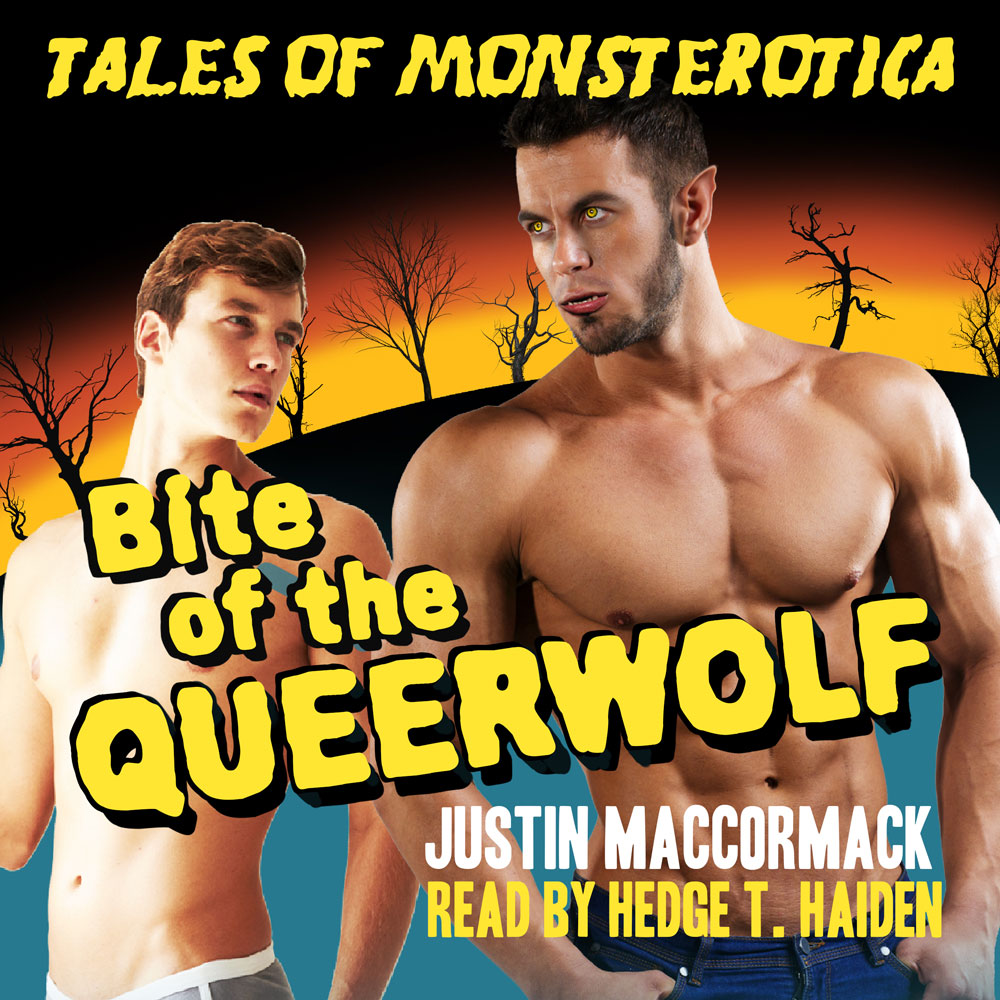 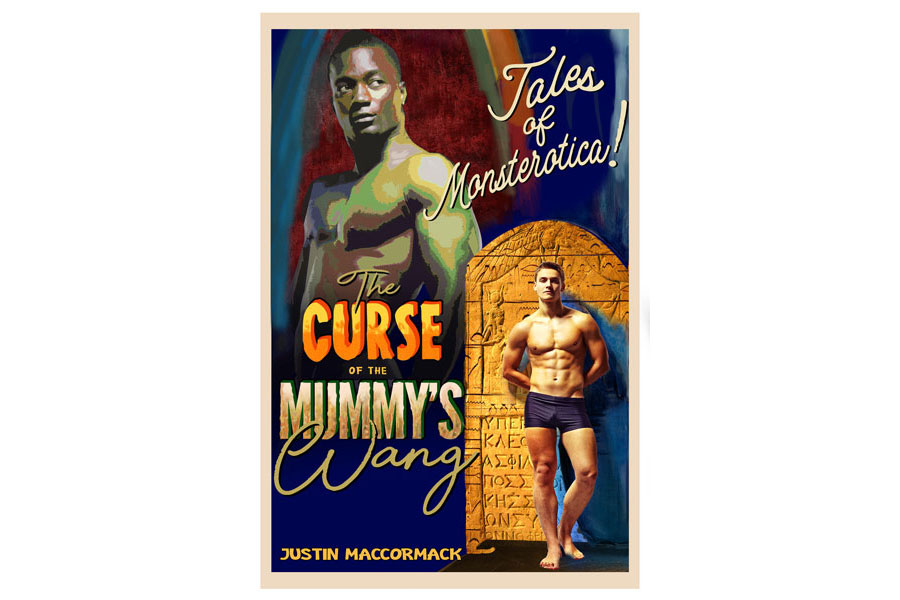 The Curse of the Mummy's Wang

Deep in the Egyptian sands lurks the lost pyramid of an ancient Egyptian pharaoh, and Jonathan Woodcock (infamous up-and-coming monster shagger) has unleashed the curse! Will he be able to overcome THE CURSE OF THE MUMMY’S WANG?

Deep in the Egyptian sands lurks the lost pyramid of an ancient Egyptian pharaoh, known throughout history for his bountiful lusts but lost to the mists of time. Or is it? Because who else would unearth the tomb but Jonathan Woodcock, infamous up-and-coming monster shagger!

Witness Jonathan’s rump-pounding adventures as he delves deep into the darkest places, wrestles with the tight restrictive bindings of the mummy, and comes face-to-crotch with the preternatural charms of an ancestral deity of carnal knowledge. Will Jonathan ever be able to overcome THE CURSE OF THE MUMMY’S WANG? (No, he won’t, he’ll end up having a lot of sex with it!) 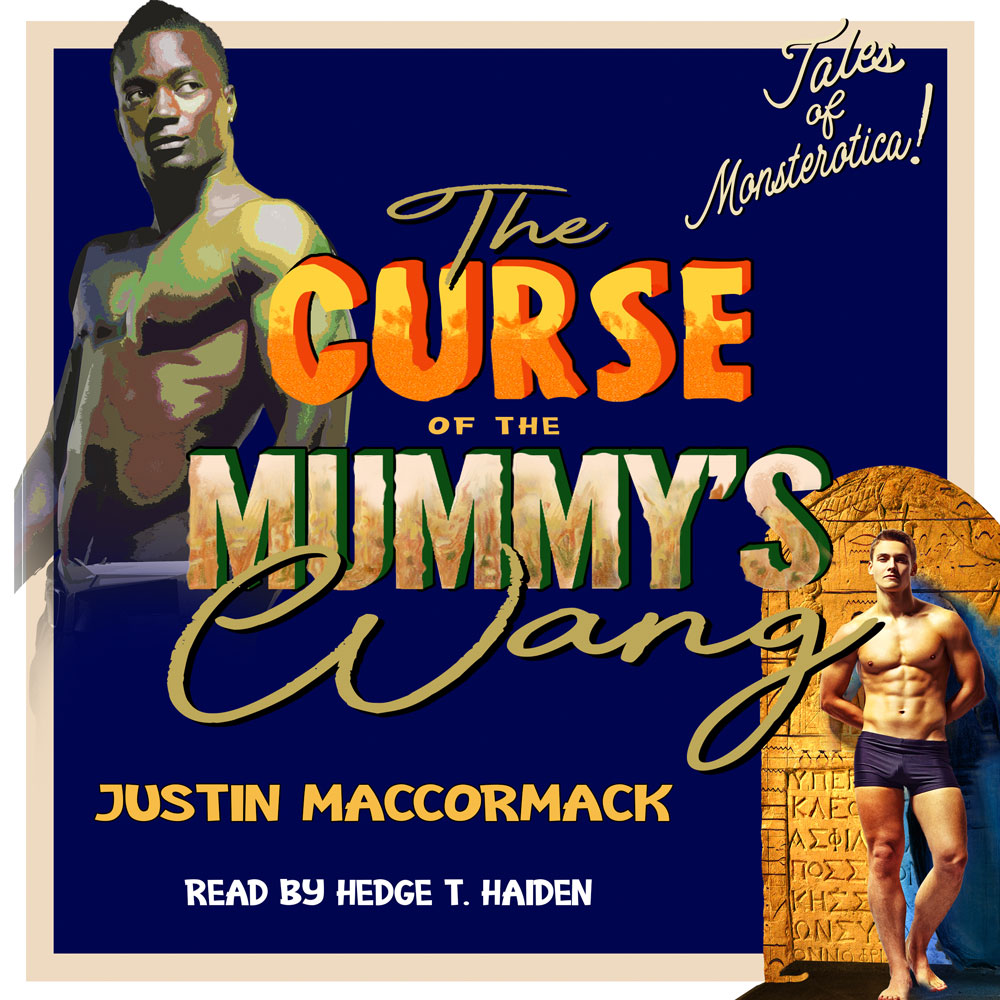 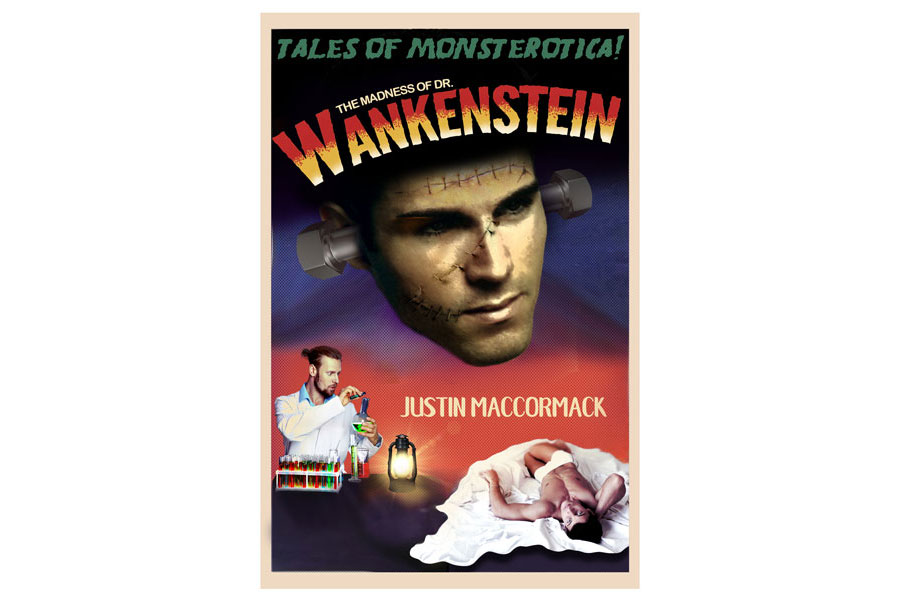 Travel with Jonathan Woodcock on a twisted journey to the laboratory of the insane Doctor Wankenstein, and see his creature rise to full erect attention! Will Jonathan ever escape the lusts of the doctor’s monster – and will he even want to?

When young Jonathan Woodcock escaped the evil Count Shagula, he hoped that his days of sexual bondage would be over. Not so fast, Mister Woodcock!

Meet Doctor Wankenstein, the greatest scientist of the age! In this tale of warped sexual desires, twisted comedy, and frantic naughtiness, poor Jonathan experiences the sinister experiments of the doctor. Witness his ultimate plans for Jonathan, and discover just what gets the muscle-bound hunk of a monster up in the morning, in THE MADNESS OF DOCTOR WANKENSTEIN.

The Madness of Doctor Wankenstein is 14,000-word novella. 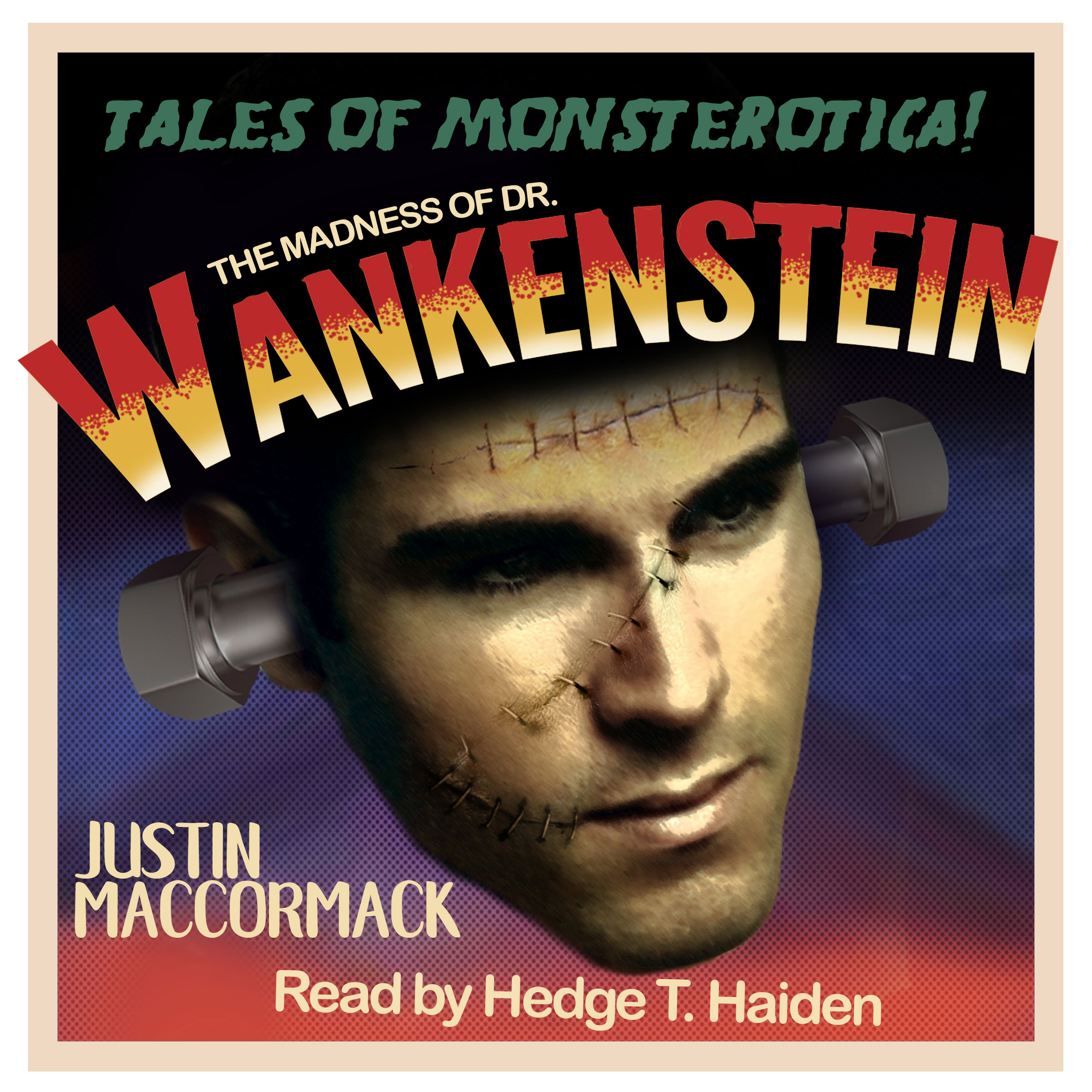 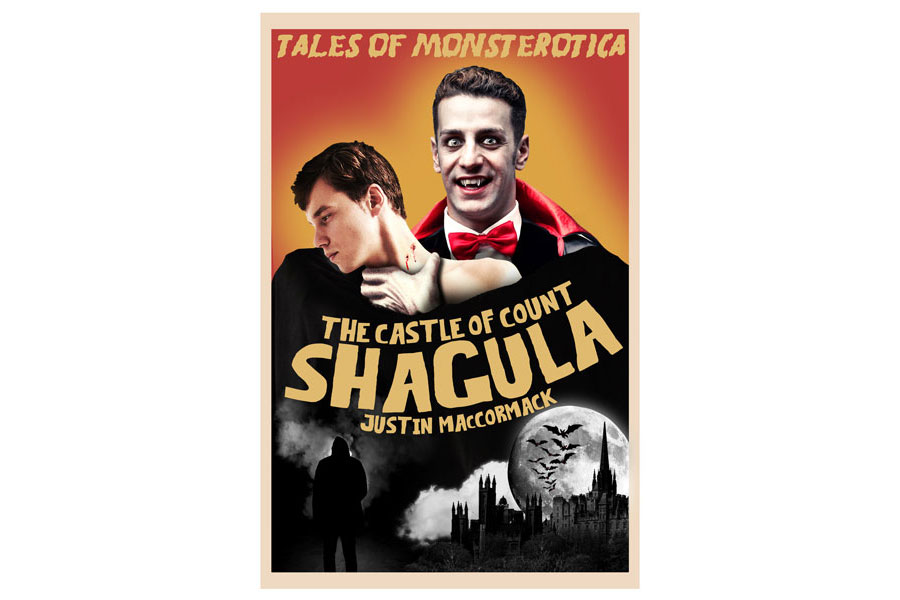 Travel with Jonathan Woodcock on a twisted journey to Castle Shagula, where the infamous vampiric count is hungry for an altogether different kind of life fluid!

High in the Transylvanian mountains looms Castle Shagula, the home of an infamous vampiric count with a thirst for the life fluid of young men. And Jonathan Woodcock is on his way there!

Stay beside Jonathan as he explores the terrors of Castle Shagula and experiences the horrors that go bang in the night. Can he can survive Count Shagula’s seductive attempts to get after his own different sort of life fluid? Witness as Jonathan works to uncover the mysteries at the heart of THE CASTLE OF COUNT SHAGULA. (It isn’t mysterious at all, really. It’s sex. Lots and lots of sex.) 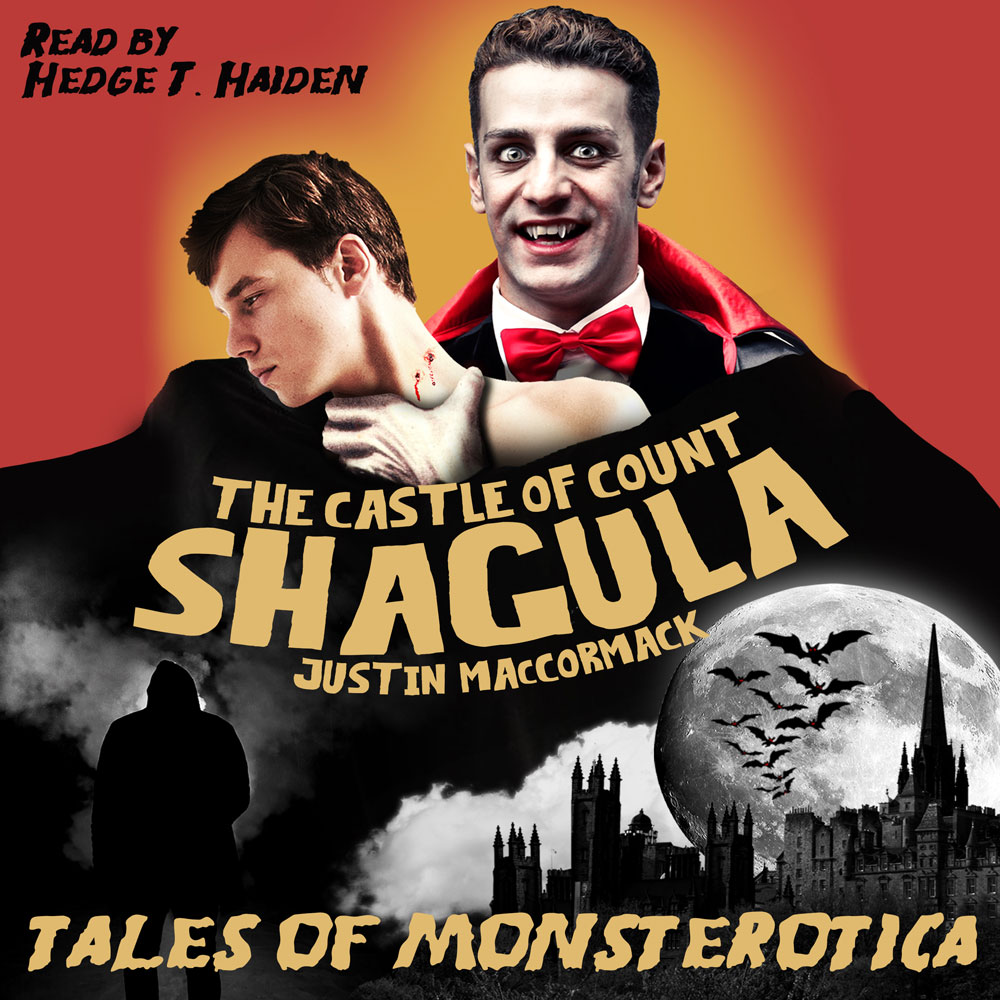