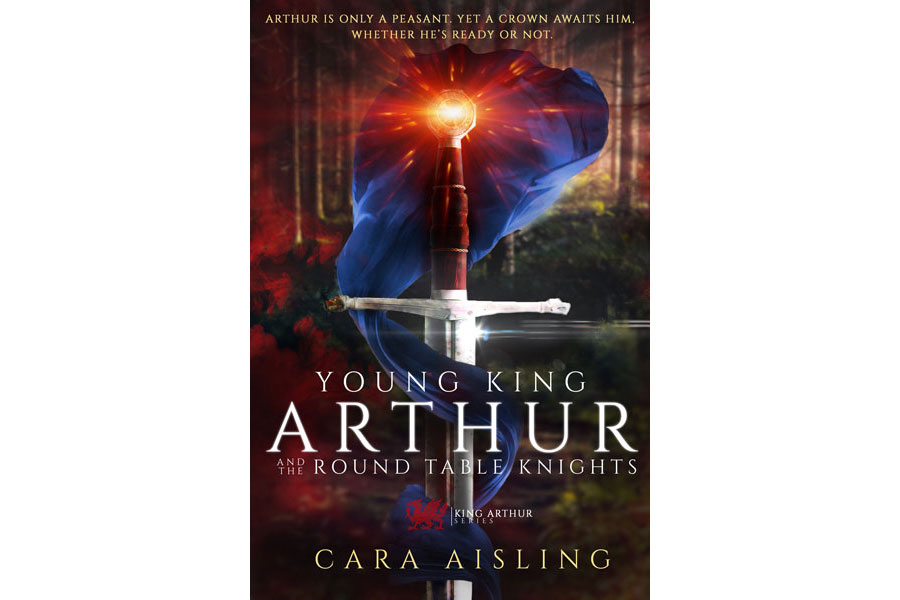 Arthur grew up a peasant, but when he was fourteen, Excalibur chose him, and now as King Arthur, he must learn to play the game of royalty quickly…or suffer the consequences.

There was no reason for Arthur to think he would ever become king.

A peasant and son of a baker, Arthur grew up in the castle town of Camelot. When he attended the Choosing Ceremony, it was merely to see who would draw the Holy Sword, Excalibur—to see who would inherit the throne of the recently departed King Uther. He never expected the sword would choose him…

Now, at the young age of fourteen, he has become King Arthur, and for all the power he has gained, he has made just as many enemies. Surrounded by the Knights of the Round Table, and led by the mysterious mage, Merlin, Arthur is grateful for his allies, though he would just as soon return to his old life. Surely, someone more worthy should be chosen as king.

Arthur is in the middle of chaos, a world where everyone wants more than they let on, where many hate the idea of a young boy with no noble background being crowned king; where cold stares and whispered words are just as sharp as an assassin’s blade.

As Arthur fends for his life, he must draw on the strength of his knights, especially fifteen-year-old Mordred, who becomes closer to him than the mere bounds of duty. He must become king, not just in name, but in his heart.

And he must do it quickly, because his enemies want more than just his crown…

Young King Arthur And The Round Table Knights is published by Deep Hearts YA, the young adult imprint of Deep Desires Press. For more information on Deep Hearts YA, please click here to visit the website.