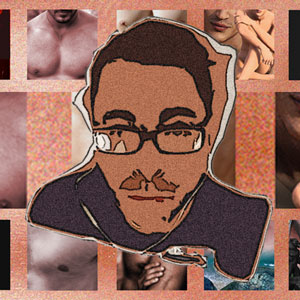 Marco May has been a passionate writer since he was a teenager. Inspired by his past homoerotic drawings, he started writing erotica secretly not long after he'd started writing overall. He took a long hiatus to focus on his non-erotic works. He tried getting back into writing erotica, but he wasn't inspired anymore. It wasn't until 2017 when he wrote his first picfic, Touchlessly Touched, that drove him to continue writing erotica to a more dedicated level. He started with Wattpad as a testing ground and did great there. He managed to write his biggest hit at the time with The Hookups of Hickeyhook Hall, along with his second-biggest hit, Tamely Told. His third Wattpad release, an anthology of picfics titled Passionately Pictured, did even better. The stats of these works were what led him to believe he had a chance in the publishing world. He still writes non-erotic fiction, but he doesn't mix them under the same pen name.

Aside from writing, Marco May also enjoys designing book and album covers, studying European languages, making electronic music, reading on his Kindle, and playing The Sims.

Books by Marco May