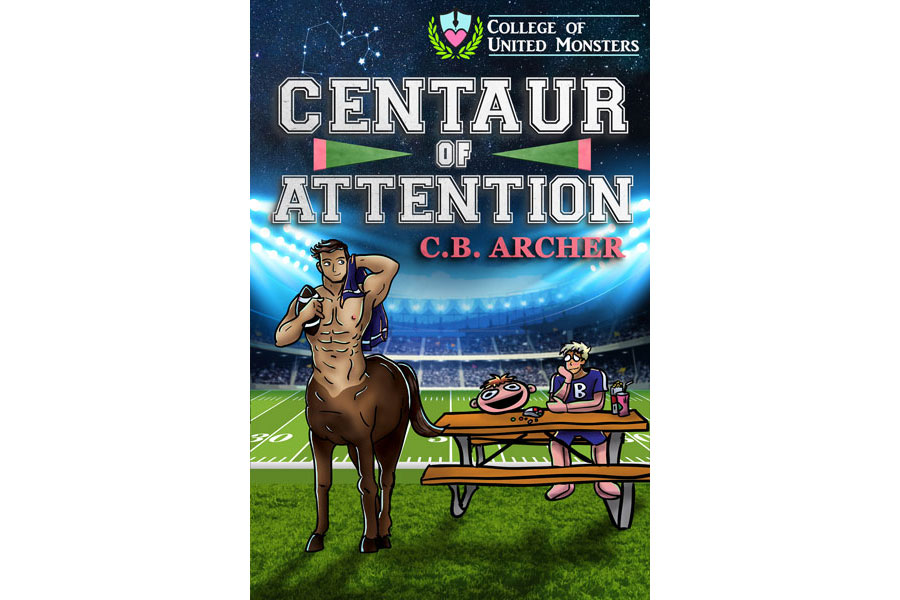 What happens when you enroll in a monster college and have a crush on the handsomest centaur jock in the school? Mounting stuff. Mounting stuff happens.

The once elitist College of United Monsters (C.U.M.) is still falling on hard times. In order to stay afloat it had been forced to allow humans to register. Humans, in a monster school? Preposterous! Also, monsters were discovered to exist and that is still a bigger shock to the world than one monster school allowing humans to enroll.

Hugh Min is not a regular ridiculous human. Instead, he is a human that was adopted as a young child by a family of yeti. Hugh has more problems than the average student—an insatiable level of emotional angst, an insatiable appetite for snack foods, and an insatiable…whole lot of other problems. Will Hugh be able to successfully bridge two impassible college gaps, one between the sporty jocks and the geeky geeks, and the other against monsters and humans? Only by gaining access to the most sacred of all places—a centaur’s closet—will this question be answered.

Honestly, it serves him right for having a crush on an easily punned monster type and attending monster college.