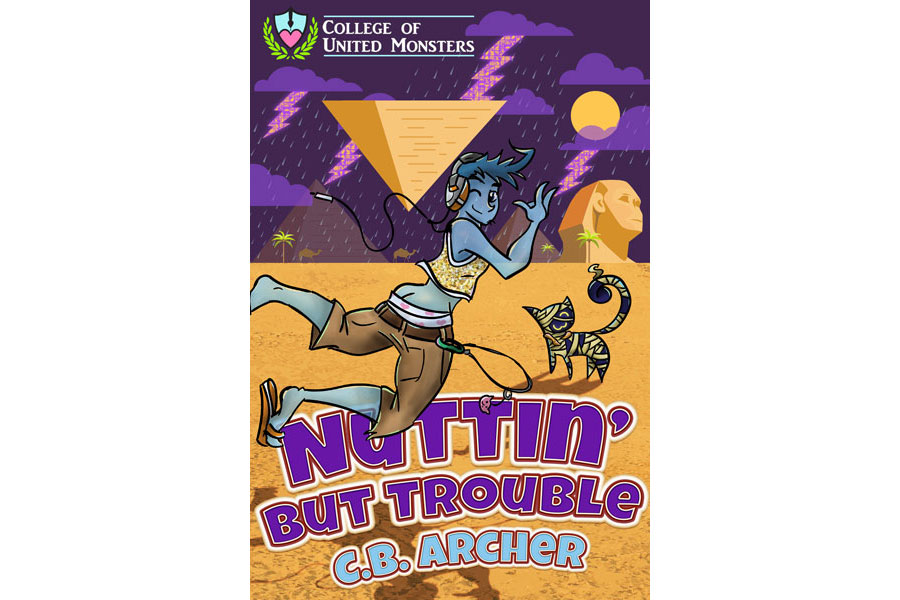 What happens when you’re a prankster for hire who exchanges jobs for cat themed rewards without ever questioning why you’re doing those jobs in the first place? Troubling stuff. Troubling stuff happens. Look, it isn’t a sex pun this time— but we took care of that with the actual title this time.

The once elite College of United Monsters (C.U.M.) is not only having financial troubles but is now suffering from missing student problems. In order to stay afloat, it has been forced to allow humans to register; but the problem is that they keep vanishing mysteriously. Humans, in a monster school? Well, not for much longer if this keeps up! Also, humans are getting kidnapped and that was probably a bigger danger to the school than needing to tighten up the budget.

Porter Giese was once a ridiculous human, before he died in a tragic Pilates accident. Now he roams the halls of the school as the ultimate get-things-done-ghost. Whose obsession with cats borders on Lycanthropy. Being invisible, it turns out, is quite a boon to an intrepid prankster. Another boon would be questioning the motives of your employers, but Porter still is sorely lacking in that department. But, honestly—with a name like Porter Giese were you really expecting someone that doesn’t accidentally sell out everyone they know for an all-knowing cat of pure malice? Okay, you probably were not expecting that one this time, but good on you for at least pretending you did for a minute there.

It serves you right for thinking that having a punny name and attending monster college was the only joke going around in this series.