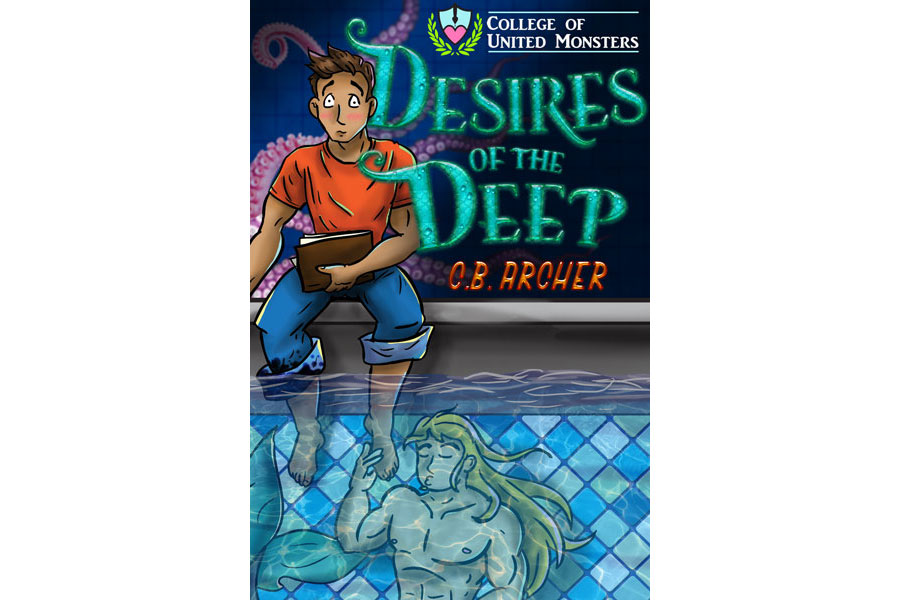 What happens when you enroll in a monster college and end up stuck in underwater classes? Butt stuff. Butt stuff happens.

The once elitist College of United Monsters (C.U.M.) has recently fallen on hard times. In order to stay afloat it has been forced to allow humans to register. Humans, in a monster school? Ridiculous! Also, monsters are real and that was probably a bigger shock to the world than one school of them allowing humans to enroll.

Cliff Waters is a ridiculous human. Mistakenly assigned to the Underwater Wing of the college, Cliff has more problems than the average student—sudden surges in popularity, sudden urges in the sexy monster student body, and being forced to hold his breath for hours at a time to attend class. Will Cliff be able to survive in the Underwater Wing of the toughest college around where everyone wants to taste a sweet piece of him?

Honestly, it serves him right for having a punny name…and attending monster college.