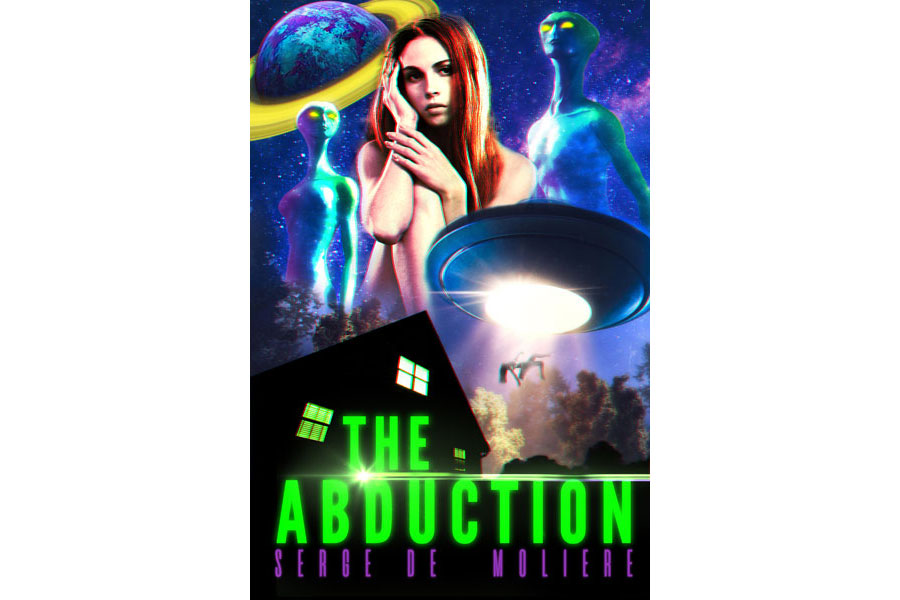 The alien tried to probe her psyche, but she provoked his lust instead.

Juno thought she would be leaving all the troubles of her love life behind when she fled California to pursue a new life as a schoolteacher in rural America. However, her sensuous and temperamental nature does not fit well in this conservative environment.

Restless at night, she wanders alone near the river, when she is suddenly trapped by a net and captured by aliens. They interrogate her, locking her in a dark, windowless room on their home world, which intensifies her isolation and despair. Little does she realize, the aliens are intrigued by their analysis of her, particularly her sexual perversion, which is unlike anything they have seen in their cold and unresponsive females.

A series of further meetings ensue, with an alien “psychoanalyst” called Olaznog. His objective queries quickly turn into discussions of a more personal nature, and Juno can tell the alien is falling for her. But is it so simple? Is Juno destined for love of the most forbidden variety, or is there something far more insidious at play?