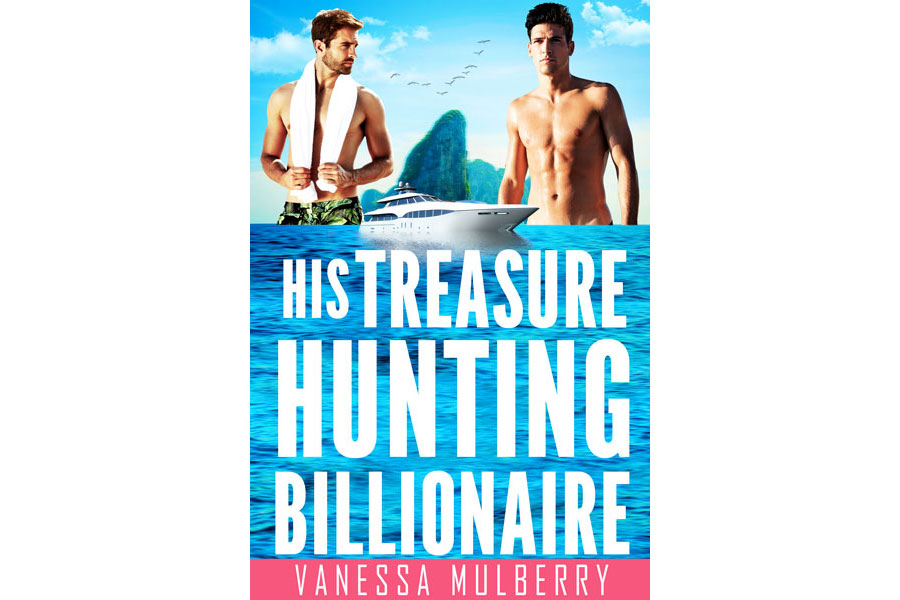 He hunted for treasure all his life. Now he’s found him.

Billionaire reality star Ted Arthur needs a fake boyfriend for his fake vacation. Since his rise to fame on Treasures of the Deep, the paparazzi haven’t left him alone, but now he’s close to discovering the Santa Ana—a legendary treasure wreck worth, by his reckoning, five hundred million dollars. Paranoid he’ll lose the chance to discover the galleon, he needs a cover story for the dive.

Peter Smart just wants a job for the summer vacation before he starts his PhD specializing in Marine Archeology. When he joins the crew of Ted’s superyacht he has no idea he’s there to fake a relationship for the paparazzi, or that his employer is a billionaire.

Peter’s academic background clashes with Ted’s work, but Ted’s smitten by the sexy young man he’s hired, and Peter falls hard for his handsome employer. Can they overcome Ted’s paranoia and Peter’s prejudice and find love in the Mediterranean sunshine or will their romance sink without a trace?

His Treasure Hunting Billionaire is a 33,500-word novella.